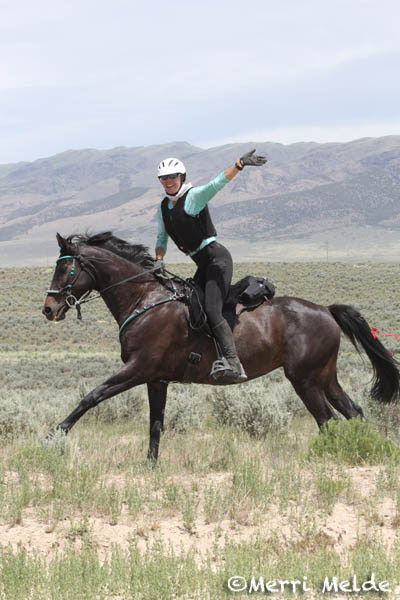 Mackenzie led a pretty sheltered life in New Jersey until two years ago when Jessica and her partner Byron took up their Digital Nomadic travels across the United States. “She's seen so many things traveling around the country since then,” Jessica said.

Jessica has brought the mare along slowly and carefully, and the pair started competing in endurance together in 2018; they’ve completed Limited Distance rides in Maine, California, Idaho, and, most recently, Mackenzie’s first 50 in Oregon.

Mackenzie was injured as a weanling and spent six months on stall rest, and Jessica thinks this may have impaired her social development. “She has never quite known how to act around other horses. In 2018 she was beat up by a group of mares she was boarded with. She was kicked in the stifle, among other places. It was a long recovery. Since then she's been very defensive of her space around unfamiliar horses. She is a master of the ‘mare glare’ and is beginning to get a reputation at endurance rides!

“Her public persona aside, she's a very sweet and intelligent mare. She's a real people-lover, always curious to meet you and show off her smile trick. She loves food so I've incorporated positive reinforcement or clicker training into our riding. She seems to enjoy puzzling out obstacles but will paw or hold her front leg up to express frustration if I've confused her.

“One of her favorite things seems to be following along at liberty on the trail when I ride River, her companion. Sometimes she lags behind to grab a snack, then canters to catch up, occasionally throwing in some joyful bucks. She's very competitive and loves racing with River too.

“Just recently, she was following loosely on a trail in Montana when we had to navigate a particularly tricky fallen tree. After inspecting it for a minute, she decided she didn't like the look of it, turned and walked 50 feet downhill and followed a stream bed until it was clear enough to come back uphill to rejoin us on the trail. I'm always impressed when she demonstrates problem solving skills like this.

“She's a very special horse, not only because of her unusual breeding but because of the bond we share.

“She means the world to me not just because of her winning personality  but because I inherited her from my mother in 2013 after she was taken by cancer. Mom loved her so much! I feel like a piece of my mom's spirit lives on in Mackenzie.” 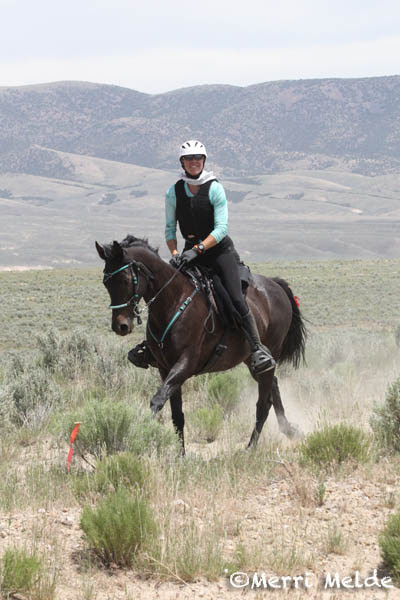 Posted by Endurance.Net at 9:15 AM