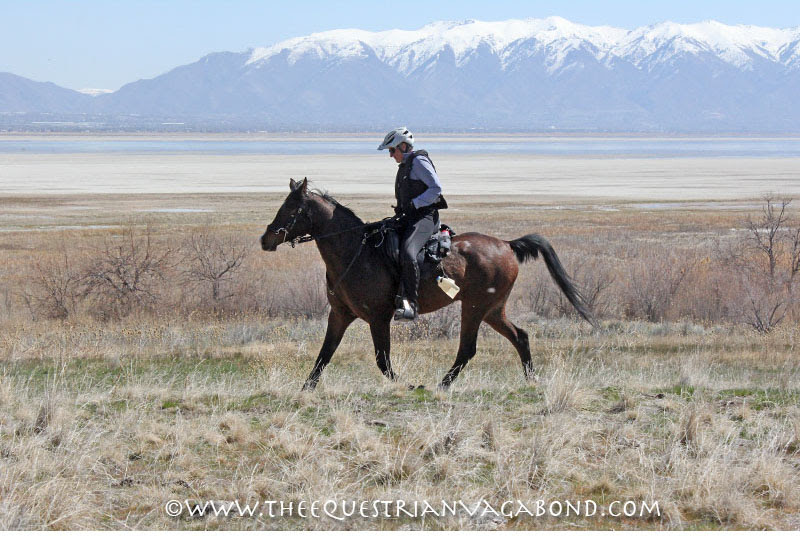 “They had 37 two-, three-, and four-year-olds in a pasture,” Suzie said, “and he wanted me to come down and pick one out. So I took Lynn [Lee, Suzie’s neighbor and long-time riding friend] with me, and the first one I picked out was Ace. Jerry said, ‘You can’t have him. I’m going to give him to my wife.’

Instead, Suzie picked out another one for herself and one for Lynn. The next day, Jerry’s wife asked Suzie which horse was her favorite. “I said, ‘It’s the one that Jerry was going to give to you,’ and she said ‘Oh, you can have him, there’s a lot of other horses for me!’” So Suzie ended up bringing 3 Al-Marah horses home, including Ace, who was 3 at the time.

Suzie’s husband Mark started the gelding; and Ace was 6 when he made his endurance debut, in a 25-miler at Wyoming’s Medicine Lodge ride. Two 50’s concluded his first season, and the next year he completed 4 50’s.

After 3 50’s this season, including the 50-mile Championship at Fort Howes in Montana where they finished 21st out of 59 starters, Suzie took her gelding on his first 100 in Wyoming at the Big Horn.

“I just felt like it was a good first 100, because you have to go slow. To me it’s a very metabolically kind course for a horse. Because of the footing - there’s a lot of rocks - you just can’t go very fast. And there’s tons and tons of grass for the horses to eat, so to me it’s a really good course for a first time.”

Ace aced the ride, taking first out of 9 starters. Their finish time was 18:40, “probably the slowest winning time every on that course!” But the gelding handled it beautifully, receiving the Best Condition award.

“He’s just such a really, really nice horse,” Suzie said. He does have a lofty trot that gets him down the trail. “He’s the sweetest, kindest horse you’ll ever be around.”

He could turn out to be one of the best one day, too. Suzie’s long-time endurance friend Barb McGann sums it up:

“I’ve never seen a Suzanne Hayes horse that I didn’t instantly love. She’s got a Helluva eye, and an unbeatable training protocol.” 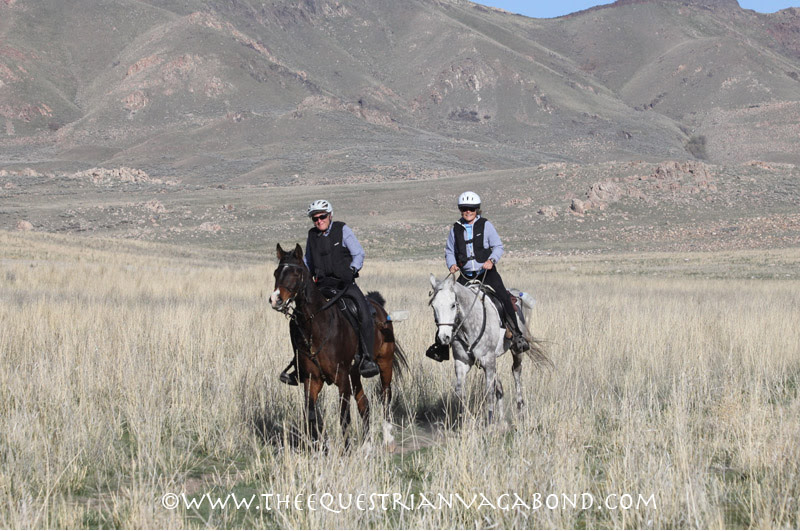 Posted by Endurance.Net at 7:06 AM