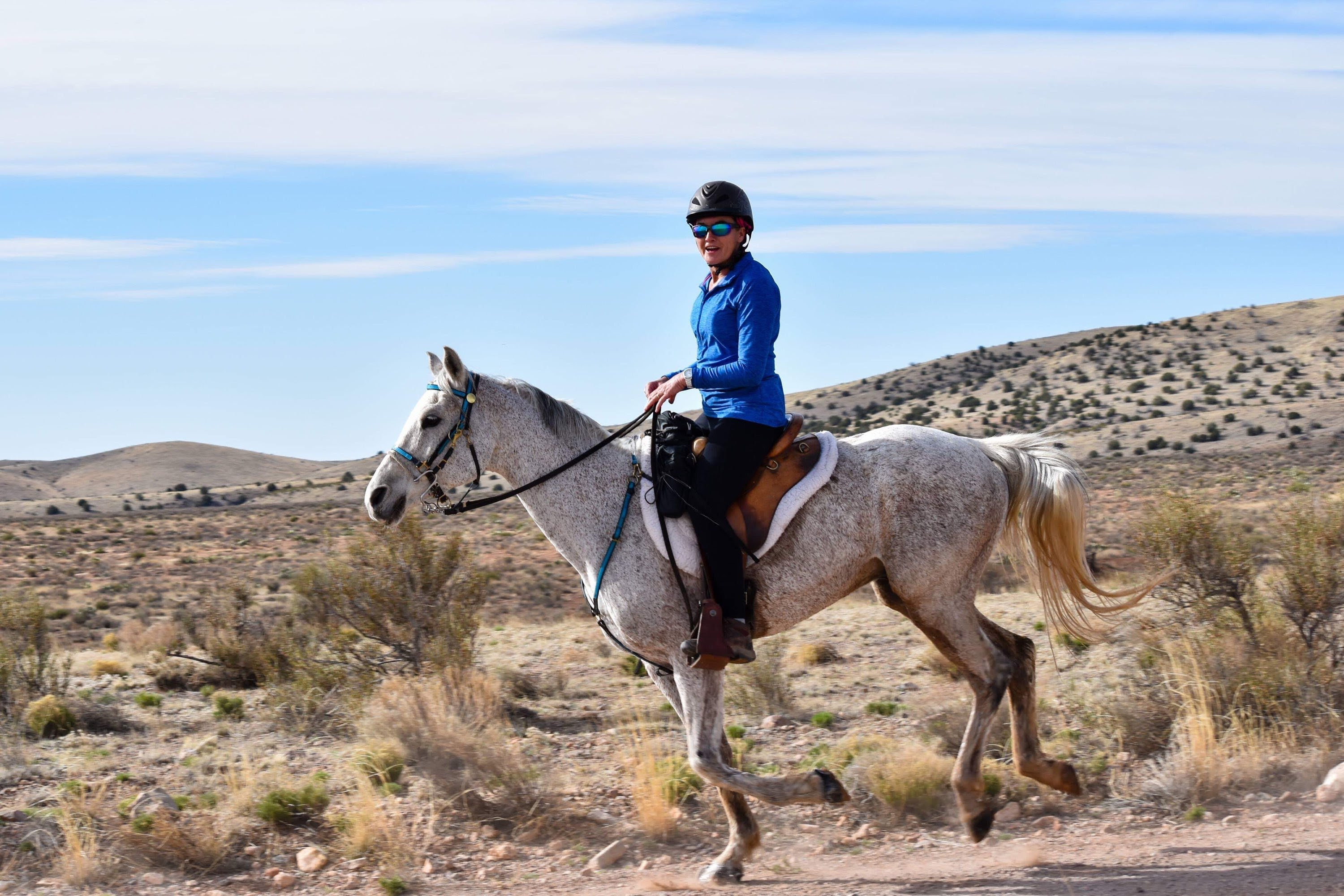 As a 5-year-old, Ragnar was lanky and barely broke when Karen Binns-DiCamillo first saw him at Dan Woods’ place in Texas; but it was the look in his eye that grabbed her. “He was just like, ‘Here I am.’ When you look at a lot of horses and have been around them all your life, those few that look at you like, ‘I’ll do whatever you want me to do’ - he was one of them,” Karen says.

Karen’s set a goal several years ago of riding in the World Endurance Championships, and Ragnar would become the one to take her there. “A friend of mine, JT Jones, was breaking and training him. He took about a year before he let me have my horse back. I didn’t want him if he wasn’t going to quite behave for me to get on safely. He is a handful and a strong horse. And the first time I rode him, I was like, ‘Now I know why you kept the horse! It wasn’t because he wasn’t broke; it was because he’s so much fun to ride!’”

In his 5 seasons of endurance in the US, Ragnar has completed 17 of his 18 AERC starts, with all but 2 finishes in the Top Ten. But don’t think Ragnar is “just” an endurance horse. He earns his keep by being a working stock horse on the family’s cattle ranch. “The ranch work is base training and it keeps them quite willing to work all day.”

Karen says that every endurance ride she’s done on him is memorable because of his power and his will. “Whether we’re riding with people or we’re riding by ourselves, he just wants to please you. When he’s out in the pasture he’s not a people horse. But when you’re on board, he’s like, ‘Alright. Let’s do this.’ He’s just been eager and willing to do basically everything we’ve asked him to do.”

Ragnar is a very strong-minded horse who likes things done his way. “There’s times we’re going along and all of a sudden he thinks, ‘You’re doing something you shouldn’t be,’ and he drops his head and he’ll pull you right out of the saddle up over his shoulder. And then he stands there and looks at you like, ‘Well I told you we’re not doing that!’ And I’m like, ‘Thanks! Thanks for the reminder!’”

This is Karen’s first time to represent the USA Endurance team internationally, a fulfillment of the aspiration she set. “It is so exciting. It’s unbelievable. I’m just thrilled! We’re all excited. And when I say we, it takes a team to do this. It’s me, my horse, my crew, my team, my other riding companions. It’s a big we, about 11 of us.” Her daughter Jessica will be one of her crew members.

Ragnar and Karen will be riding on the world stage on May 22. “He’s just super athletic. I’ve had the opportunity to sell him, but I just can’t. He’s doing everything I’m asking.

“There are horses out there that are just fun to ride, and he’s one of them.”

Posted by Endurance.Net at 7:07 AM